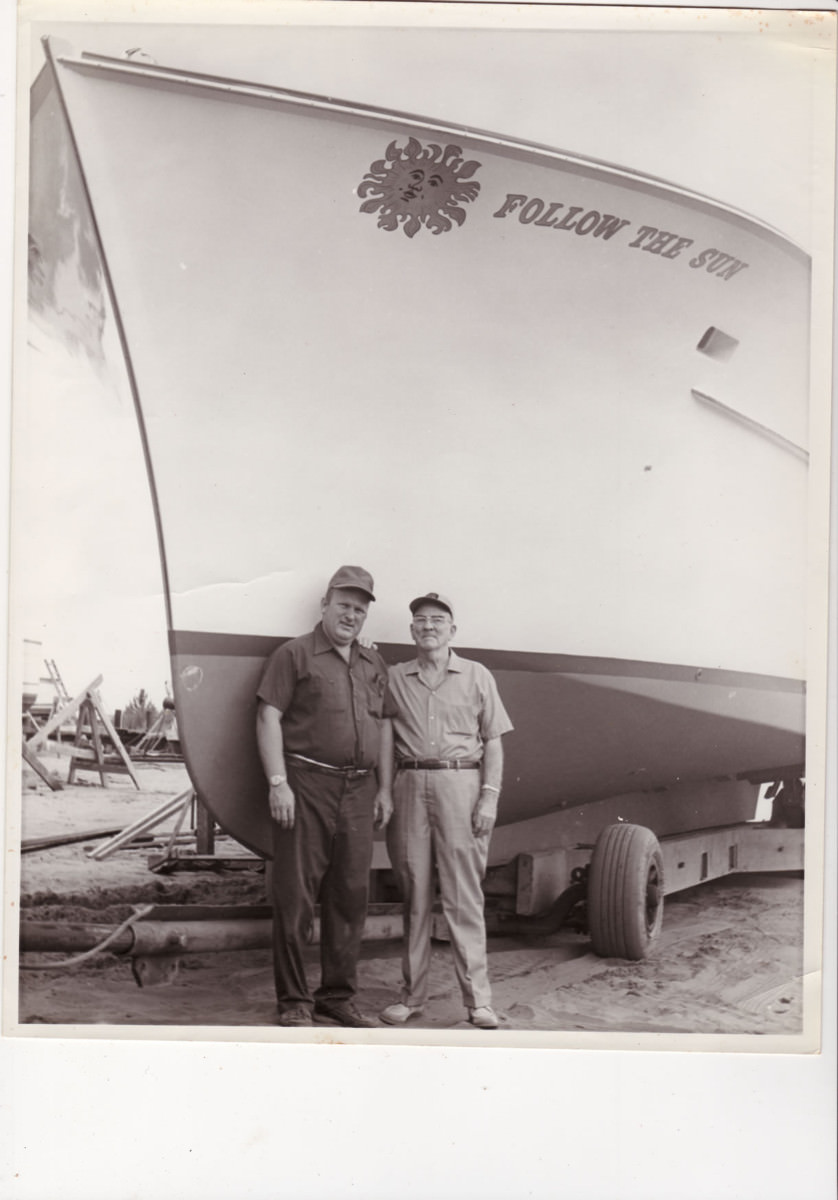 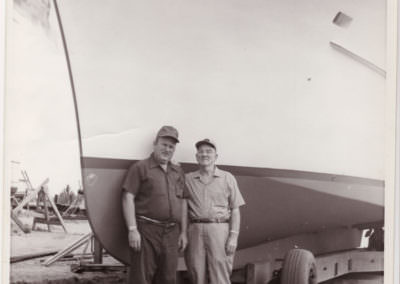 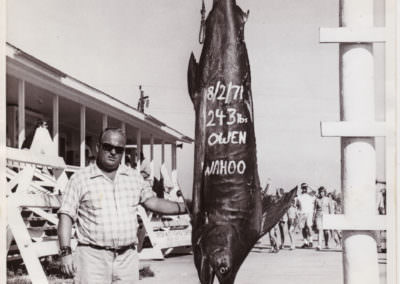 Sullivan with first Marlin of the year 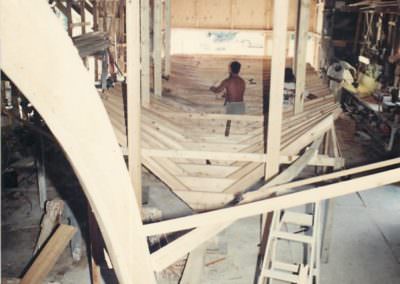 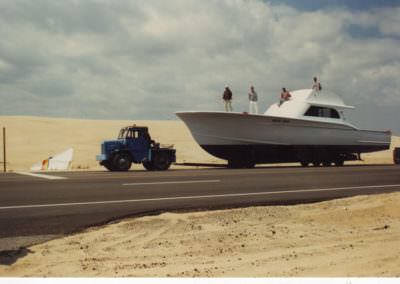 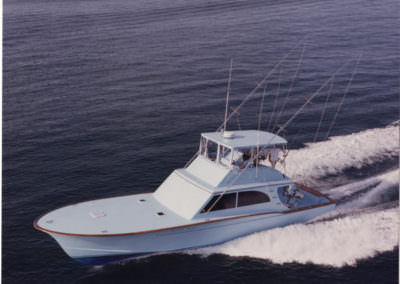 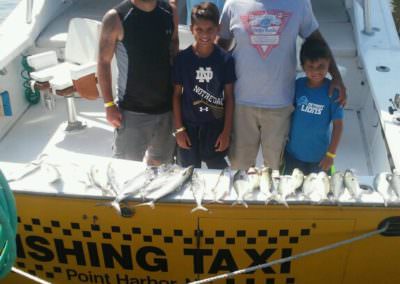 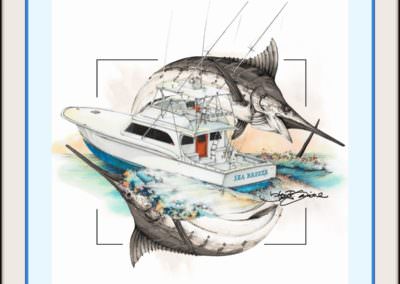 "Captain Bob Sullivan is an embodiment of the folk stories and legends surrounding boat building and sport fishing on the northern Outer Banks. Not only is he an outstanding boat builder, but he is also a very well-liked and respected fisherman with a knack for helping people have a good time," it is so accurately written in Carolina Flare by Neal, Jim and John Conoley.

He is the grandson of legendary boatbuilder Allen Hayman (who the family called Papa). In 1952, at age 12, Sullivan started helping around Papa's workshop as the charter boat Carrov was being built. He continued to work with his grandfather after school and in summers learning the skills to build great sport fishing boats.

Not liking school much, Sullivan joined the Coast Guard after high school. But later returned to continue building with Papa. One of the well-known sport fishers they built together was Follow the Sun.

In 1968, Sullivan built his first boat on his own, Wahoo, which he built for Lance Harris. He told his wife Katherine, who was pregnant at the time, not to have the baby until Wahoo was put in the water. She complied, and Douglas was born the very next day! Sullivan became captain of Wahoo and so his charter fishing career began. He continued to fish in the summer and build boats in the winter until Papa retired in 1975. He then took over Papa's workshop in Point Harbor and continued building boats on his own.

Around 1985, Sullivan was ready to start building the "new style" of  sport fishing boats, meaning as plank on frame rather than plank on plank. He solicited the help of Paul Mann and Taylor Harrison and the three men built Sullivan's first Marlin Fever in the boat shop in Point Harbor.  After that boat was built, both Mann and Harrison went on to start their own businesses.

"There is never a dull moment when you are with Big Bob," said Mann. "He is a great storyteller and always telling jokes. Everyone around him has a smile on their face. He is just a great guy. And a fabulous builder and charter captain."

"When building Temptress for Chip Shaffer, he drew the water line before putting the boat in the water," said Douglas. "Shaffer bet dad $100 he would not be within 3 inches of the correct waterline. Let's just say once she was fueled up, Shaffer paid up. It was exactly right. Dad just has a knack for how things are going to line up in boat."

Though there are several boat builders in Dare County, Sullivan remains the only boat builder in Currituck County to this day. When he sold the last Marlin Fever, he bought a Ray Hunt boat, the Fishing Taxi. He and Douglas run charters out of Broad Creek.

"In his younger years, they called dad Bazooka. He would barrel across the bar like no one else. He will likely never be ready to get off the water," said Douglas. "It's in his blood."