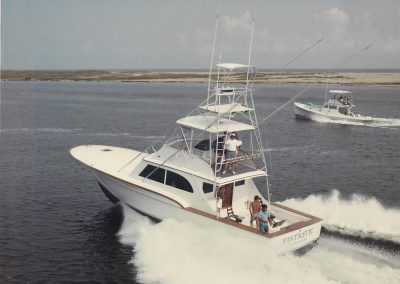 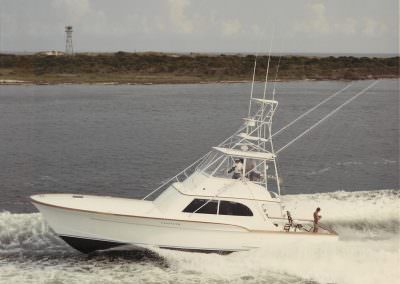 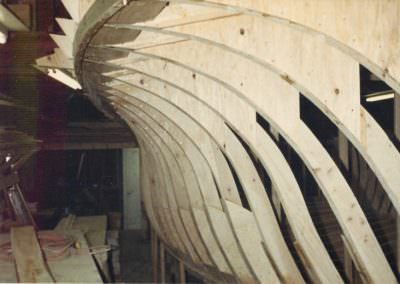 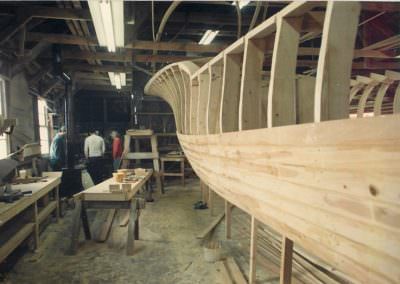 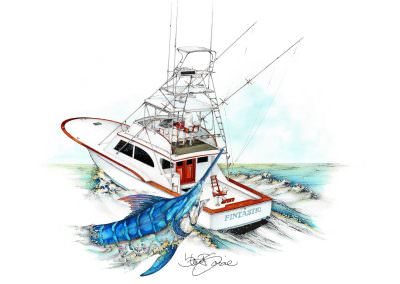 Irving Forbes' love for fishing and boat-building started when he was young. He worked as a mate at Oregon Inlet all through high school, and then went into the Coast Guard.

While home from the Coast Guard on a break in 1974, Irving picked up a job with his brother-in-law, Buddy Davis. Buddy was married to Elina, who was Irving's wife's sister. "I give Buddy credit for getting me into the business, and keeping me there. He was an old school builder and I learned a lot from him," said Irving.

That summer, Irving also mated for Allen Foremen on the Gal O' Mine. "I've held several jobs, but working for Allen was one of the most fun jobs I ever had. He was an excellent captain and great with people," said Irving. Irving did run a charter boat for a year, but ultimately decided to stay in boat building.

In 1975, Irving got out of the Coast Guard and went to work for Buddy Davis full time. He worked for Buddy for about 10 years before going out on his own at Forbes Boat Works in the Warren O'Neal boat shop in Manteo. Things got off to a busy start, and his wife Irma would work alongside him in the shop. This is where he built his first 4 boats: Top Billin for Lee Tugwell, then Billfisher, Fintastic and Boy Toy. "It was a great time in my life," said Irving. "Mr. O'Neal would come in often, not to offer advice necessarily, but to see what techniques we were using. He was always thinking and was always curious." The Fintastic was one of his favorite builds. "I really enjoyed her owners. The boat is still running in Charleston today," he said.

Things were going great for for Forbes Boat Works, but when the Bush administration imposed the luxury tax, finding new builds became tough. Irving went to work for Paul Spencer in 1997. "Paul is an innovator, always on top of things. I was always inspired working there," said Irving. He worked there for about 10 years before branching back out on his own. His current shop is in Wanchese, right behind O'Neals Seafood, and he continues to this day building boats in the 34' – 36' range.

"I'm thankful for longevity in the business, the great people I've built boats for, the good reputation my boats have, and my health," said Irving. Irma is still by his side, he is proud of daughters Kamala and Hannah, and he is blessed with 4 grandchildren.