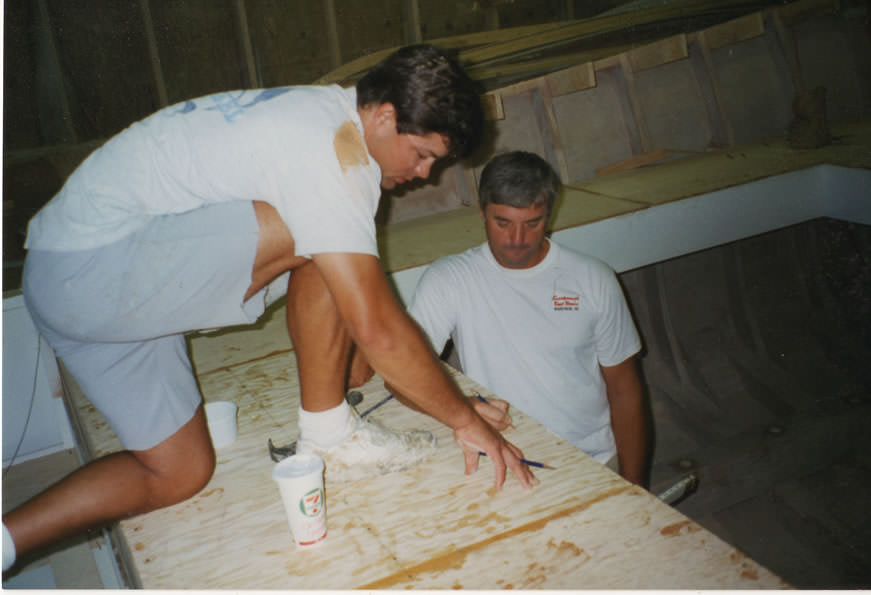 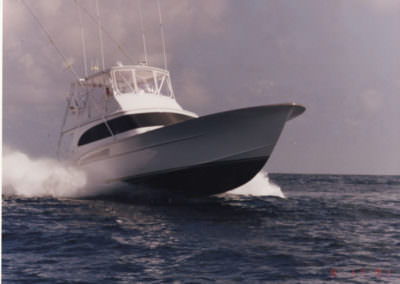 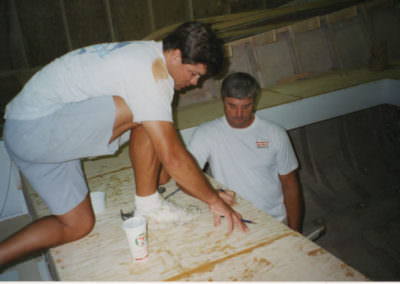 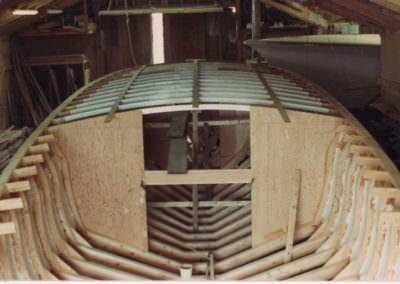 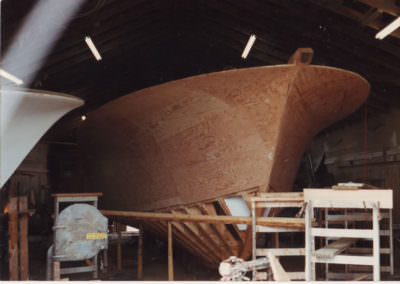 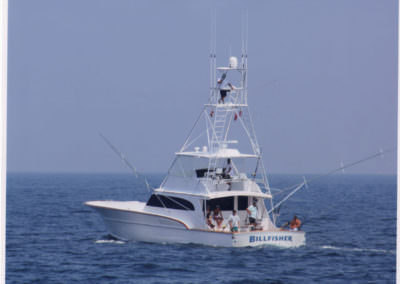 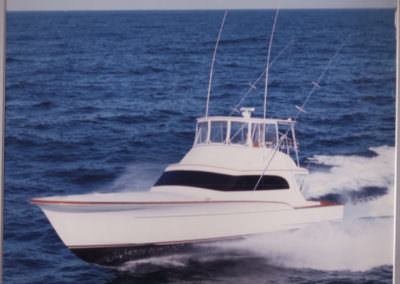 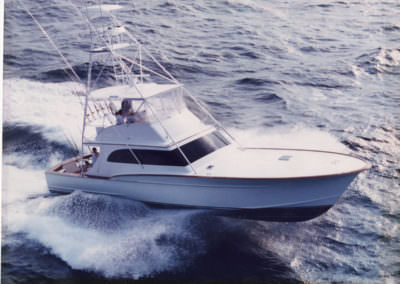 Seldom does the reputation of a boat builder extend beyond the boundaries of his geographic region. Not so with Ricky Scarborough.

His boats have become the epitome of Carolina style sport fishing boats and Ricky Scarborough is known far and wide for his beautifully crafted offshore fishing machines.

In fact, he is recognized by his peers as "a boat builder's boat builder" and he has a dedicated and knowledgeable following of sport fishermen around the world. Scarborough boats are praised for their sleek, graceful lines; their fish-raising, sea-keeping abilities; and their sturdy, well planned construction.

Ricky Scarborough was born and raised on Roanoke Island where he enjoyed duck hunting and fishing in the local marshes and sounds. Like many of his young friends, Ricky started his career as a commercial crabber and duck hunting guide for the Duck Island Club. His first boats were shallow-draft skiffs used for crabbing and hunting in the shallow waters of the sound. Soon his skiffs were so popular and in such demand that boat building grew into a "backyard enterprise" and he proceeded to build over 100 of these boats for commercial fishermen and hunters from throughout the region.

In 1976, Ricky signed on to work on building a sport fishing boat under the tutelage of Captain Omie Tillett. Ricky was a hard worker and a very quick learner and after only a few weeks on the job, he understood the design and construction process well enough to strike out on his own. In 1977, Ricky founded Scarborough Boat Works in Wanchese and he began constructing 22' to 36' center console hunting and fishing boats.

Scarbrough boats were originally constructed of juniper using the time-honored traditional plank-on-frame techniques. Ricky now covers the juniper planks with diagonal layers of plywood to make a strong, solid boat that has been proven for over 30 years in all kinds of sea conditions.

Fiercely independent and very astute, Ricky Scarborough has charted his own course as a boat builder and he has earned the respect and acclaim that has followed. The accolades are lengthy but what summarizes them best is a comment made by a fellow boat builder when asked to describe the characteristics of a Carolina style sport fishing boat.

Without hesitation, he simply said, "It's a Ricky boat."