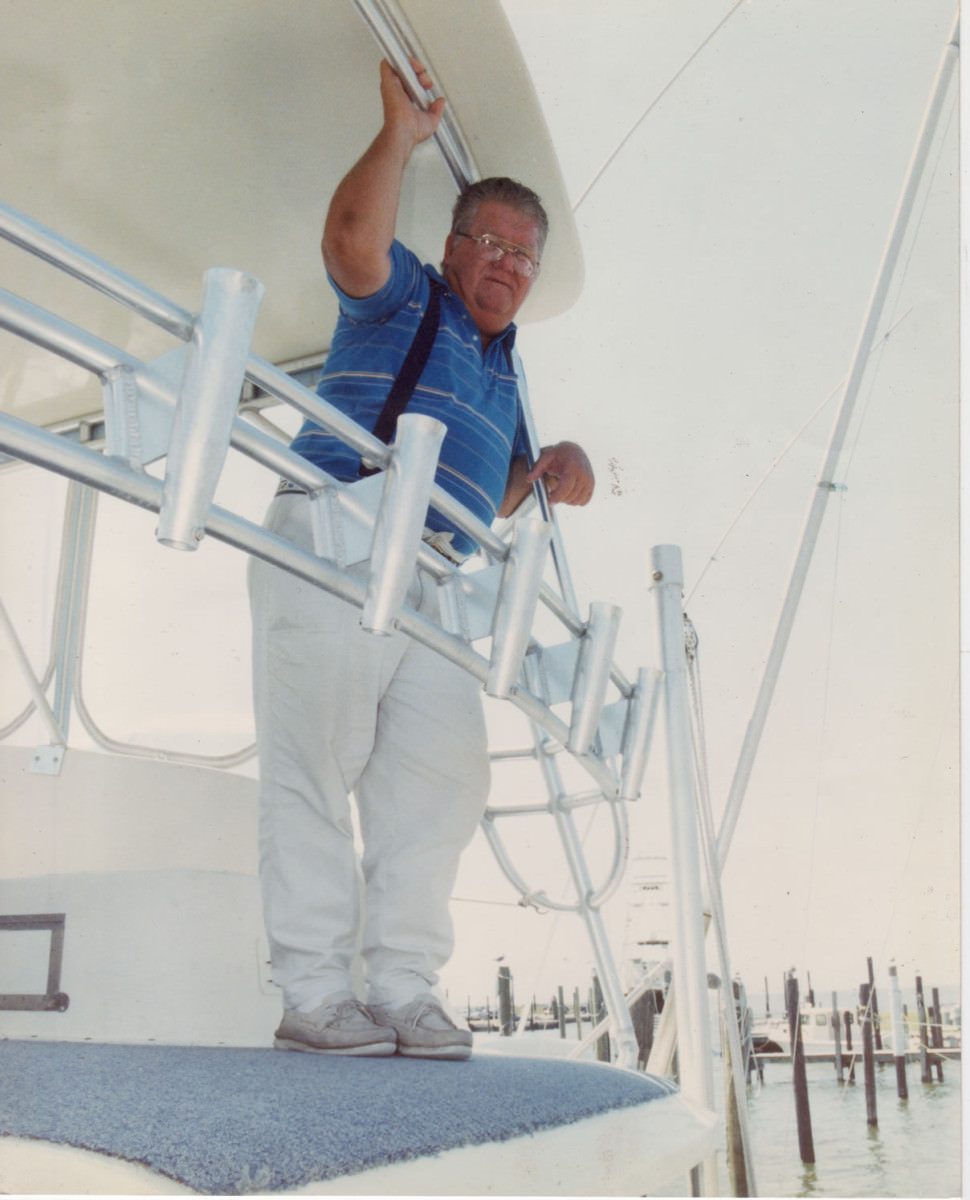 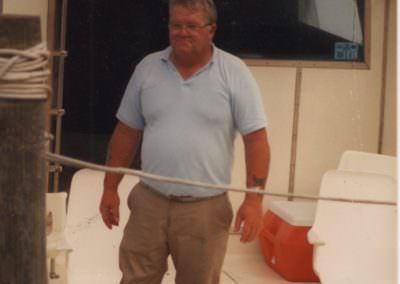 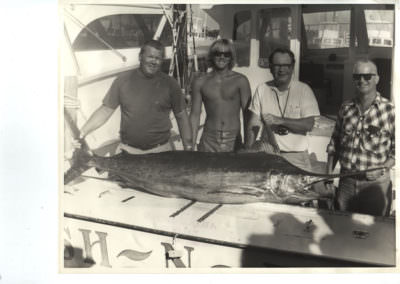 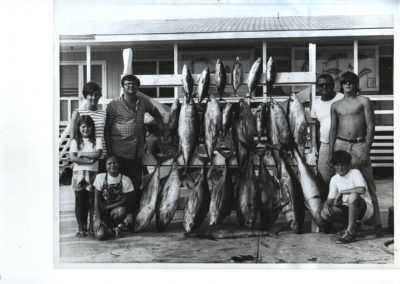 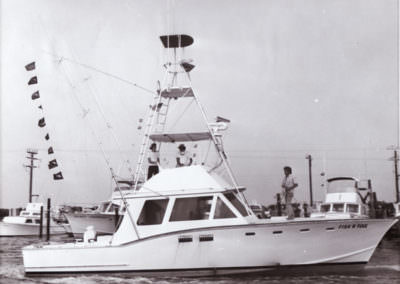 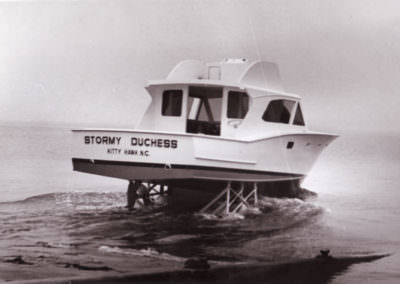 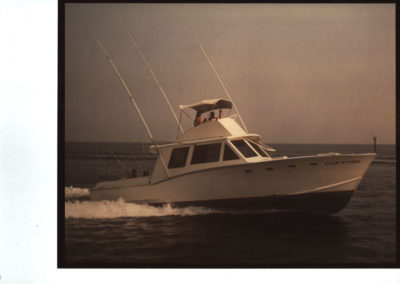 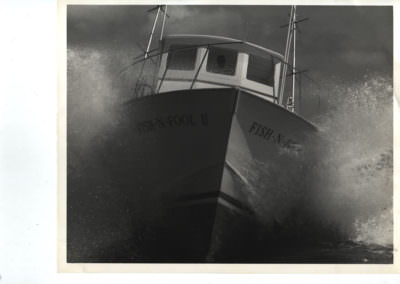 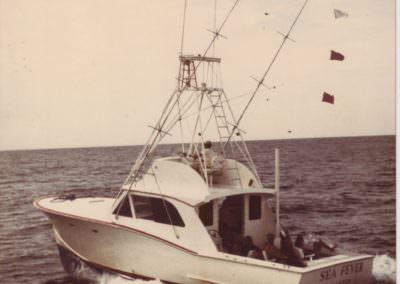 One of the most colorful and respected charter captains and boat builders on the Outer Banks is Sheldon Midgett. Born in 1929, Sheldon began his commercial fishing career as a teenager. He fished pound nets and gill nets around Roanoke Island using an old shad boat until he was old enough to join the Merchant Marine. During this service, Sheldon's deep appreciation and love for the ocean intensified and upon his return to Roanoke Island, Sheldon resumed his work on the water.

In 1961, Sheldon Midgett decided it was time to return to the ocean as a charter fisherman and he acquired a boat slip at the Oregon Inlet Fishing Center. He started carrying inshore charters for rockfish, bluefish and channel bass on his first boat, the 26-foot Baby Duck. Captain Midgett quickly became accepted as a member of the Oregon Inlet fishing fleet and he started filling in on offshore charters. Sheldon soon was able to purchase a well-known charter boat, the Cherokee, and he fished aboard her for several years. Sheldon then purchased the Kay and he captained this vessel for a couple of more years.

Like many of the other charter captains, Sheldon Midgett worked during the winter months in local boat building shops where he easily mastered the necessary carpentry skills. He struggled, however, with the conceptual aspects of boat design until a chance meeting on Harkers Island in Carteret County.

Midgett was returning from a vacation when he decided to swing by Harkers Island to see where the fabled backyard boat builders worked. As he drove around, he noticed an old man working on a beautifully proportioned skiff under a tree in his yard. Sheldon stopped, introduced himself and the two men fell easily into talk of boatbuilding.

Captain Midgett worked his way over to the skiff and decided that the lines and proportions were superb but the workmanship was some of the worst he had ever seen. Soon the discussion got around to how to "lay out a boat." The old man took a stick and drew some figures in the dirt to explain how he set up battens and frames to get the right proportions. Captain Midgett sat in amazement since this was the first time he really understood how to build a boat. He reportedly said that he learned more about boatbuilding in 30 minutes, from drawings in the dirt, than he had in 20 years of building boats.

The old boatbuilder was Captain Stacy Guthrie, and he was almost blind when he met Sheldon. Even though his carpentry skills had failed, his enthusiasm and expertise were as sharp as ever and he made a tremendous impact on Captain Midgett. Armed with a new understanding, Sheldon returned to Roanoke Island where he started construction on a small fishing boat named the Tilley B. Sheldon Midgett then constructed his famous charter boat, the Fish-N-Fool. He followed this boat with the Fish-N-Fool II and then, on his third charter boat, he returned to Fish-N-Fool.

Captain Midgett was well known among local boat builders for construction innovations that saved time and materials. His boats were renowned for their strength, ride and functionality.

Captain Midgett was a mentor to many of the famous contemporary boat builders on the Outer Banks including Buddy Davis, Billy Holton and Paul Spencer. One of Sheldon's last boats was the 55-foot charter boat Sizzler that he built with his son-in-law Paul Spencer.

Sheldon Midgett is affectionately known locally as "Papa Shel" even though he was a stout, burly man with a rough exterior. He was fearsome to his mates but he was highly regarded as a captain, boat builder and fisherman. He is one of many boat builders who have not received the recognition they deserve.

Captain Midgett died in 2004 at the age of 75. His career on the water was marked by many years as a charter captain at the Oregon Inlet Fishing Center and as a Roanoke Island boat builder. "Papa Shel" represents the best of a generation past.