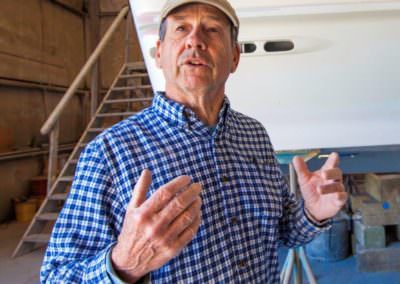 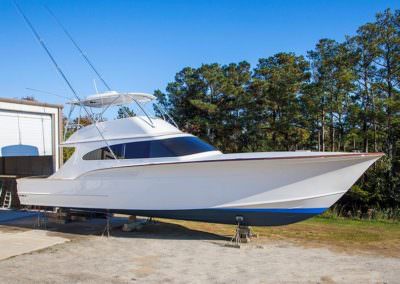 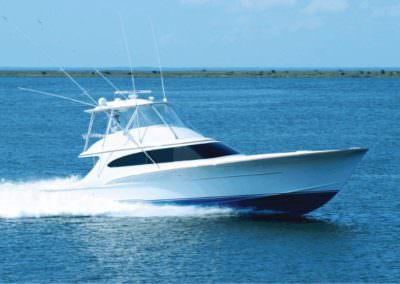 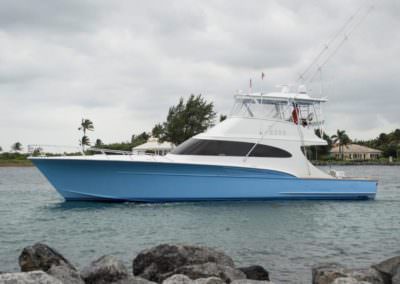 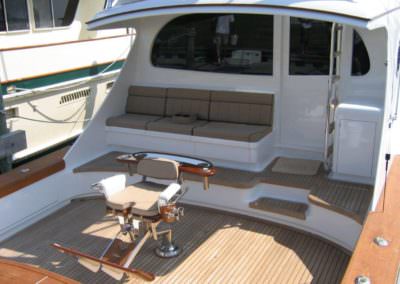 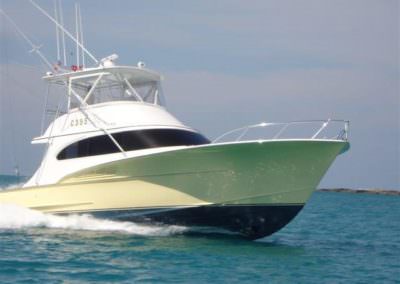 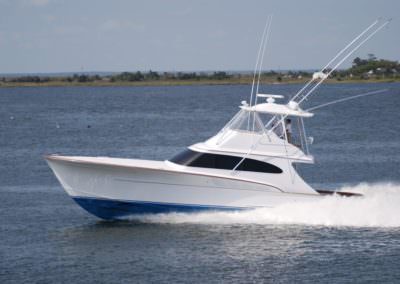 Thomas H. Briggs, III, a.k.a. Sunny, started fishing at just 12 years old. "I was a Kitty Hawker, and I was in awe of the Oregon Inlet captains and their beautiful boats.

I kept bugging Lee Perry for a job as a mate on his boat. He was a Kitty Hawker too, and I needed a ride!" Sunny spent that summer working 7 days a week on the Jinny B for $5 a day. And loved every minute of it. During his teenage years, he also mated for Omie Tillett, Tony Tillett and Billy Baum.

"I can't begin to describe the education I received from these four captains. Each of them taught me so many things about fishing, how to approach people, the importance of quality work, taking care of things. It's helped me all along the way."

His first job as captain was for Omie Tillett on Jerry, Jr. A lifelong friendship formed. "Omie is the biggest influence in my life; he helped shape my life. I am so blessed he took me under his wing like he did at such a young age, and taught me so much. You don't even realize you're getting a lesson when you are around Omie, but you're learning all the time."

The time came where Sunny had to make a decision: Viet Nam or the Coast Guard. The Coast Guard it was and when he returned, he fell into a pattern which continued for many years: fish in the warm months, build a boat in the off-season. "The boats were a lot simpler in those days," said Sunny. "You could actually build one in six months!" Over the next few years, Sunny ran charters for and built boats for Omie Tillett and Sheldon Midgett.

For many years, Sunny captained a private boat, Bishop 2 built by Buddy Davis. He fished 23 days a year, which brought in a year round paycheck. The rest of the year he built boats with Omie Tillett.

Capt. Buddy Davis, just 24 at the time, was Sunny's dock partner, and in 1974, he came to Sunny with a proposal: Buddy would build a shop at Thicket Lump if Sunny would come work for him, which he did for 3 years.

"When I think about the history of the Carolina flair design, it was Warren O'Neal who put crafted the design and put quality into the boats. Omie Tillett and Ricky Scarborough improved the look, style and shape. .Sheldon Midgett did so much to increase the ride and performance. But it is Buddy Davis who told the world about them, and he put Wanchese on the map. He was a real salesman, way ahead of his time. He was hard worker with great ideas."

Sunny opened Briggs Boatworks in 1985. His wife Dee does the books, and the company has built 70 hulls to date, including the ones built in his backyard shop. "We built boats the hard way for years. Dee is actually the one who came up with the idea of computerized jigs. She had the idea and Steve French at Marine Applied Concepts made it happen. The first one ever done was done out of this shop. Now everyone is building this way!"

When asked, Sunny says the success of his business was built on dependability. "It's something I learned from Omie. I actually had something framed that he said all the time and hung it in the shop where I can be reminded of it every day." The saying is: "There is a difference between just getting a boat out, and getting a good boat out . . . Remember that."

Word of mouth also helps. Most of Sunny's clients are fisherman who have friends with a Briggs, or have fished on a Briggs. "I may not be the fastest builder, but the boat will be built the right way. People appreciate that," said Sunny.

"Fishing and boat building have been my career. But it's not the fish, or the boats, that have made it all meaningful. It's the people in the industry. It's getting in on the ground floor with Omie Tillett, Buddy Davis, Sheldon Midgett and Billy Baum. It's the employees who stick with you year after year. It's the customers who come back for a second boat. It's the relationships that make it all worthwhile."